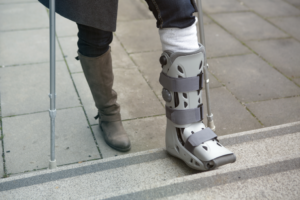 Several weeks ago, I had a day at both ends of the mindfulness spectrum – at one moment incredibly mindful and then equally mindless at another.    My son was home with the flu for a few days and I had been scurrying around keeping him hydrated and trying to disinfect everything in sight. I was scheduled to leave for a week-long training in a few days and so was extra anxious about catching the flu bug and missing the training.

In the morning, I was racing out the door so that I could meet the Verizon technician who was scheduled to arrive at my office in just a few minutes. I intended to pack my laptop so that I could get some work done while the technician was there but when I went to open my desk drawer, it was stuck – completely jammed with my laptop inside. Under the computer were assorted papers that must have moved and now it was impossible to open the drawer. I could feel my anxiety level rise as the clock was ticking away.

My thoughts started to race. And then I stopped and took ten breaths. I could feel my body relax just a bit.   My thoughts cleared enough so that it occurred to me that I might be able slide a spatula in the opening at the top of the drawer to push the computer down so that the drawer could open. It actually worked! I felt a great sense of satisfaction and relief.

That moment of mindfulness was relatively short lived. As the day went on, I felt worn out from running up and down the stairs, and increasingly anxious that I would come down with the flu and miss my upcoming training. In the evening, I made a final run upstairs to collect the water bottles that my son was using to stay hydrated and hurried downstairs to clean and fill them.

Being in a Distracted State

My mind was not on navigating the stairs carefully but on strategizing as to how best to fill the water bottles with a minimum of contact. As a result of my distracted state, I missed the last step and came crashing down on my right ankle. The pain and swelling were severe, but I was fairly certain that my ankle wasn’t broken as I was able to walk on it. I decided that a trip to the ER was not necessary.

I managed to get to the training and was fairly mobile throughout the week although the ankle required ice and elevation every evening. After almost two weeks, I could still walk on it, but the swelling and the pain were significant by nighttime and I was concerned that I might be doing some long-term harm to the ankle. I dragged myself to the doctor. Although the X-ray looked fine, the doctor was convinced that I had a small crack in the ankle and quickly prescribed wearing a “boot” for six weeks!

A boot! Six weeks! I was incredulous. All I could think of were the challenges of navigating my life during that time. It wasn’t a fun picture. I allowed myself an afternoon of feeling sorry for myself and spent the time on the couch with a book. And then I had an “ah-ha” moment – this injury and my “boot” would require me to be extremely mindful each day during this six-week period. I could no longer rush from one place to another without much thought. On top of that, I would have to be intentional about walking carefully with the boot as to not cause further injury.

Additionally, I also would have to make choices about where I would and wouldn’t go, and this would definitely result in a slower pace for a few weeks – not a bad thing! I also had to be more careful with food choices as I would be less active and didn’t want to gain weight. Finally, I could not engage in any weight-bearing exercise so I’d have to be creative about getting enough exercise and I realized that returning to swimming would be a great alternative to my normal routine.

I’ve decided to use this as opportunity to really practice what I preach – to accept what life brings and be open to the opportunities it presents. I’m also trying very hard not to harshly judge my moment of mindlessness and instead to treat myself with compassion and care. Finally, I’m trying to embrace my mindfulness boot. I’ll let you know how it goes.

We use cookies to ensure that we give you the best experience on our website. If you continue to use this site we will assume that you are happy with it.Ok